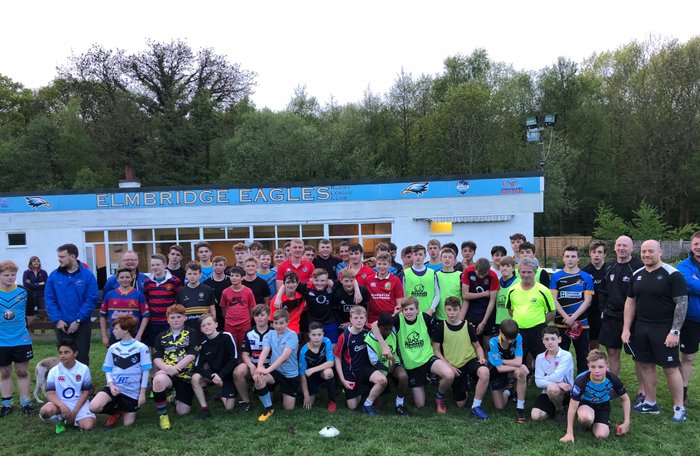 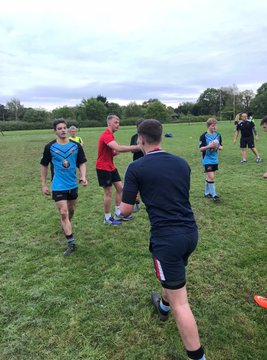 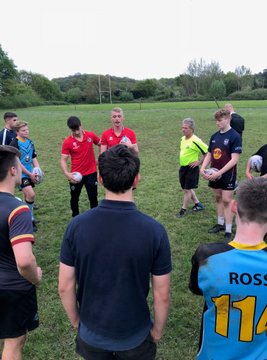 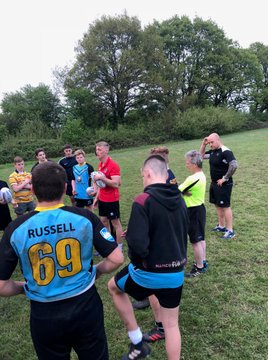 On Thursday 3rd May Eagles were proud to host Danny ward, Head coach at London Broncos, assisted by two former Eagles James Meadows and Matt Davis. Danny and the boys took training for the evening offer advice and tips to all three junior age groups.

All the players grasped with both hands the chance to be coached by the championship side's head coach.

After the session, Ward heaped high praise on the boys for their skills and determination. Commenting "It's fantastic to see so many talented boys playing the game."

Many of the boys took inspiration from both James and Matt, who came through the ranks at Elmbridge, now turning out week-in, week-out for the Broncos.

Operations and development officer Ian Cairns said "Danny, and I have had a conversation over the last few weeks, trying to set this session up. It's brilliant for the boys to be exposed to the coaching of this calibre and to interact with James and Matt." Cairns added "James and Matt are the latest in a long line of blokes who have gone through the ranks here and made it into the professional game. It shows the boys they can also make it if they work hard and take the chances when presented."

Everyone at the club would like to thank Danny, James and Matt for giving up their time and delivering an excellent experience for all. 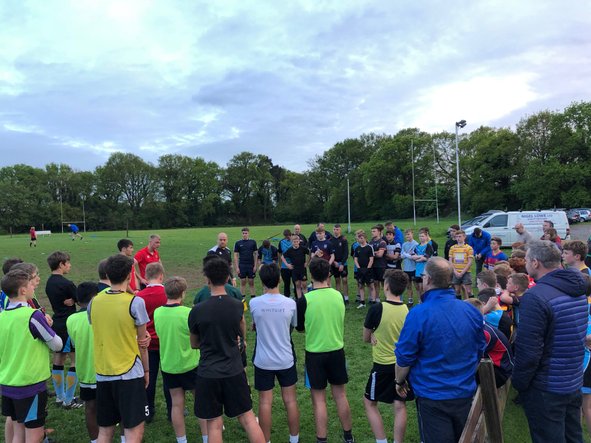