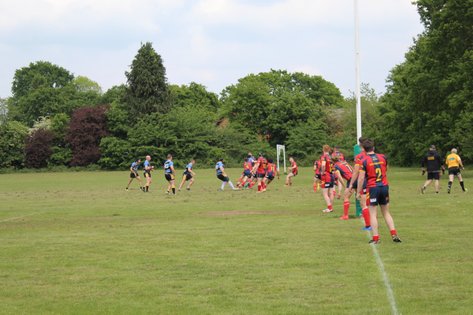 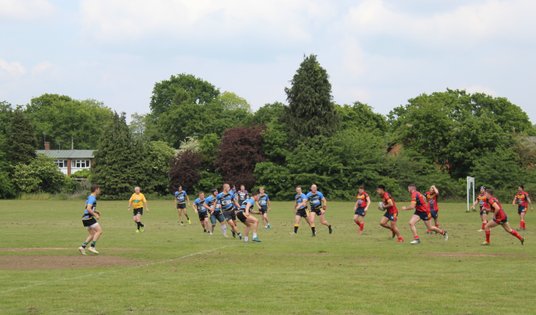 Elmbridge suffered an opening defeat at Home to a well organised Medway Dragons side. The final score line of 0 v 26 defeat not truly reflecting the full story of the game.

Elmbridge showed great ‘go forwards’ in spells of the game with strong running from Sonny Kelly, Lewis Payne, Jake Brown and Jamie Warden constantly gaining good field position, but Medway Dragons showed great resilience and decision making in defence, when camped on their line for a number of spells in the game.  The young Elmbridge halfback pairing of Sean Belbin and Jack Bennet marshalled their side well, but just couldn’t ‘unlock’ the try scoring opening against the strong defence of Medway Dragons.

Medway made more of their possession with the ball than Elmbridge with nearly a 70% completion rate compared to 50% from Elmbridge with the sets of 6 tackles, with Elmbridge making many unforced errors with the ball. Elmbridge Captain for the day; Jake Cummins also went close and was held up over the line, on a couple of occasions.

George Starkie from London Broncos Academy, Cameron Goodwin (released by the Broncos for the fixture) and Ollie Baptiste Wilson were lively on attack from broken play situations but again, the final pass and final support running lines didn’t quite ‘connect’ on the day.

The Elmbridge side continue to learn new R.L techniques, as they have stepped up an intensity level from last year by competing in this League.