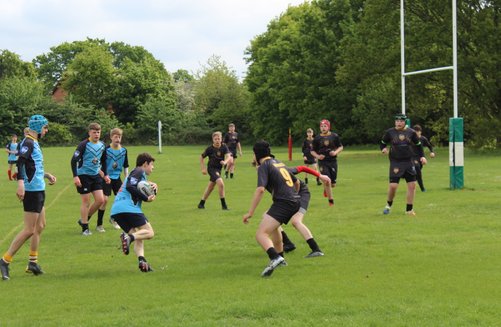 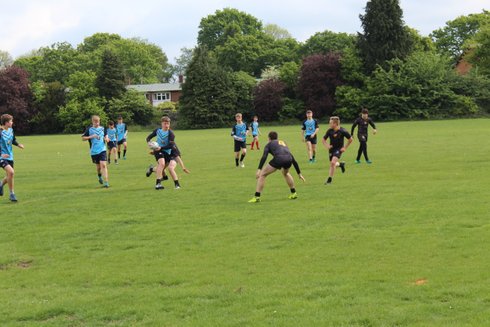 In a scrappy game at the OCs, neither side settled into a rhythm, with many mistakes and unforced errors for both teams, often early in the tackle count.

After Bromley had taken the lead initially, it was Elmbridge who fought back with a string of 5 tries and then dug in towards the end to cling on to victory! Bromley did come back with a spirited couple of tries towards the end of the game, after some good handling. However, Elmbridge secured the victory thanks to a 5 tries to 3 advantage.

Match ball sponsor and Captain Charlie Walker led from the front, as did Ollie Game and Artie Thompsett, who both had several strong runs, with both scoring tries.

The U14s currently sit at the top of the League table for this age group... but with 4 more Rounds of tough League games to come!